Do people still believe the Shroud of Turin is real? part 2 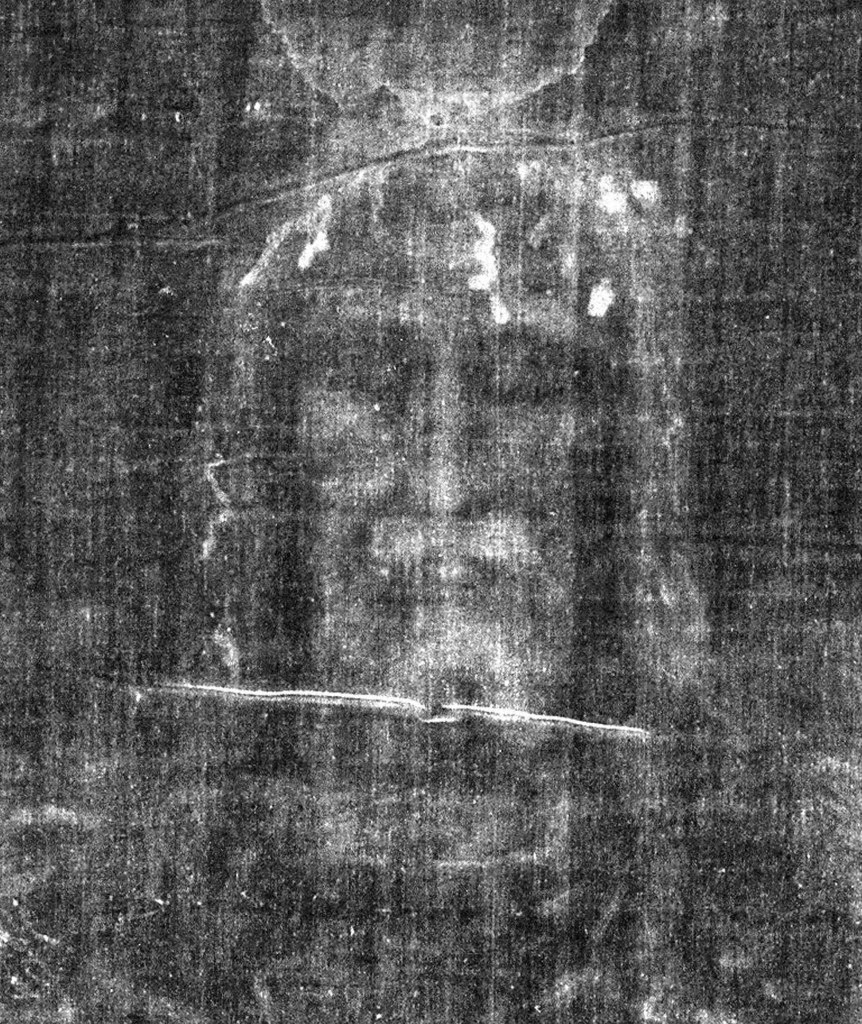 On the contrary! The more scientists look at the shroud the more amazing it becomes. It is an impossible image. The shroud itself is a kind of smudged cloth with a vague, light brown shadow figure and a lot of human blood stains. When you take a picture of it with the lights and shadows reversed it reveals a breathtakingly moving image of a man who was clearly scourged with a Roman whip, crowned with thorns, crucified and pierced with a Roman lance.

More than that, the image has both three dimensional and holographic information in it. These effects can’t be created by painting or regular photography even now. The image itself is made by oxidation of the top most fibrils of linen threads, not threads, not fibers, but fibrils, much smaller than human hair. If you scrape the image with a kitchen knife it would pretty much disappear. There is no paint or dye that forms the image. It something almost, but not quite, like a scorch that makes the image. The most amazing thing is that the blood soaks through threads, but the image doesn’t.

In fact, the blood went on the cloth first. There is no image underneath the blood stains. This cloth has limestone dirt on it that comes only from Jerusalem, where Jesus was crucified and buried in a tomb cut from limestone. It is covered with pollen that comes only from the area around Jerusalem, so it must have clearly been in Jerusalem at one point in time. It even seems to have the images of flowers on it that come only from the area of Jerusalem. Well, then if it has all these amazing properties and was clearly in Jerusalem at some point, why don’t we know about it before 1350 AD?

What makes you think we don’t hear about it? There is something called the Gospel of the Hebrews that was written around 110 AD. It claims that, after the resurrection, “…the Lord had given the linen cloth to the servant of the priest, and he went to James and appeared to him.” The Gospel of the Hebrews is most certainly not canonical, and doesn’t really shed light on what happened to the grave clothes of Jesus, but it does indicate that they were not simply cast off rags. They were important and remembered by the first Christians.

The text of the Gospel of John indicates how important the grave clothes were. “And so Simon Peter also came, following him, and entered the tomb; and he saw the linen wrappings lying there, and the face-cloth which had been on His head, not lying with the linen wrappings, but rolled up in a place by itself. So the other disciple who had first come to the tomb then also entered, and he saw and believed.” (John 20:6). There was something about the grave clothes that convinced them that something amazing had happened. The text uses a word that indicates the shroud was laying flat, “keimenon” and that the face cloth was still wound up, not flat. Something about the cloths caused the disciple to believe. The cloths were important. I doubt that they were discarded.

There is a cloth that has been revered since the earliest days of the faith. It is called the Image of Edessa, or the mandylion, a word that simply means cloth or towel.  This cloth has been known since it was discovered in the aftermath of a flood in 525. During the course of the repairs, a cloth bearing the features of a man was found in a tomb in the wall above one of the gates of Edessa.

There was an ancient legend that a king of Edessa had corresponded with Jesus, asking to be healed of leprosy. In some of these stories there is a sacred image of the Lord with healing powers that was sent to Edessa. The image found in the wall in 525 was immediately identified with that lost image. The image remained in Edessa until 944 when it was taken to Constantinople by Byzantine Greeks.

From then on it its whereabouts and description are very well known. It is described as a full length image of the Lord impressed on a cloth, with prominent emphasis given to the facial image. It is a blurry image that is not made with any paints or pigments. We see it depicted in the Pray Manuscript, a Hungarian text illustrated by someone who had seen the sacred cloth around 1100, 250 years before the carbon test date of the shroud. The image of Edessa vanishes in the fourth crusade in 1204.

It surfaces in France about 100 years later in the possession of a Crusader family, the De Charnays. From there we know exactly where it has been and where. I think it is pretty indisputable that the Pray Manuscript depicts the shroud, and the image it depicts was in Constantinople. All this would lead one to think that the cloth we know as the shroud is much older than the carbon tests indicate and that there is a pretty good chance that the carbon tests were somehow wrong.

In 2011, there was an interesting postscript to the whole controversy. A study led by Professor Paolo Di Lazzaro claims that the image on the shroud may have been caused by an intense and almost immeasurably brief flash of light. Test results “show that a short and intense burst of UV directional radiation can color a linen cloth so as to reproduce many of the peculiar characteristics of the body image on the shroud of Turin.” This is the only way thus far that anyone has been able to cause a kind of burn or oxidation that has the exact optical properties of the shroud. Interesting. Light. Light from Light. The light came into the world. A burst of light that singed a cloth leaving a perfect mysterious image of a crucified man. Interesting.

So where does this leave us? It leaves us with the most unusual object in the world.  Maybe it is the burial cloth of Christ. It is certainly one of the most beautiful and compelling images of Jesus that I have ever seen. The most compelling part of the image is the face. It has a dignity and serenity about that the finest masters would be proud to have painted. The amazing part is that the serenity and dignity contrast so completely with the horribly tortured body. The blood marks are amazing. They are real human blood that came from a man who had been tortured mercilessly. The presence of invisible blood serum and bilirubin on the cloth attest to the horror of the death that He died.

The face attests to something far more wonderful. There is an old song, “Turn your eyes upon Jesus, look full in His wonderful face and the things of this earth will grow strangely dim in the light of His glory and grace.”
Happy Easter,

Labels: Gospel of the Hebrews, Image of Edessa, Mandylion, Shroud of Turin